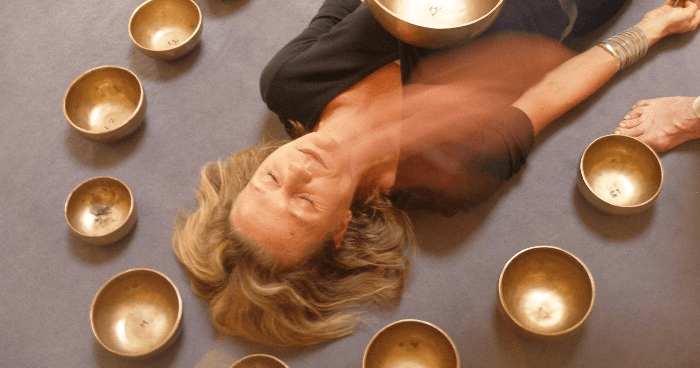 Everything in the universe vibrates, from the smallest particle, to the planets in our solar system, to the billions of stars in the Milky Way Galaxy, creating patterns of geometric waveforms, frequencies, intervals, and sounds. This concept of a musical and undivided universe can be found through time, across all cultures and most spiritual traditions, where we find numerous references to the power of sound to heal, create, generate, transform and give birth to new ideas and heightened conscious awareness. Observing nature, the ancient Taoists concluded that each piece of the universe is linked to the whole and each piece exists in relation to the other as part of an interlaced network of divine harmony with humanity at the center, a receiver of energy from both heaven and Earth. In Hindu mythology, Brahma, Vishnu and Shiva represent the Eternal Trinity and were the first musicians. Shiva, in his aspect of Nataraja, “Lord of Dance,” is dancing out the intricate rhythms in the processes of universal creation, preservation and destruction while Brahma and Vishnu accentuate the time and beat: Brahma playing the cymbals and Vishnu sounding the holy drum. Sarasvati, the goddess of music and wisdom, is often pictured playing the veena, considered to be the mother of all stringed instruments. Krishna, an incarnation of Vishnu, plays his flute to call back the souls that are lost in the delusion of worldliness to their home in Spirit. Sound helps us deepen our connection to our spiritual path and wellbeing by reuniting us with something greater than self. Within each of us is a unique pure sound filled with delight. The Big Bang Theory which is the seed to all creation as per Western concepts is as based on sound as is the Easter concept which says that the master sound behind all creation is the word ‘OM”. Thus, we are a perfect resonator for sound; within us and around us the sounds of the universe impact us both positively and negatively. When we lose our connection to the rhythms and cycles of nature and the interconnection to all things in the universe, this alienation or disharmony manifests as imbalance and disease of the body and subtle bodies. With Tibetan Sound Bowls we restore the normal vibratory frequencies of the diseased and disharmonious parts of the body, mind and soul.

Some of the key benefits are :